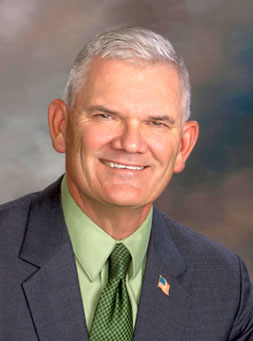 David Sprynczynatyk has served on the board since 2013. Now retired, he was the adjutant general for the state of North Dakota. In this role, he led 4,400 ND National Guard Soldiers, Airmen, and 1,100 employees of the Office of the Adjutant General, carrying out state and federal missions.

David previously served as director of the ND Department of Emergency Services, including the Department of Homeland Security and the Division of State Radio for local, state and federal disaster response efforts.

David serves as the president of the Northern Lights Boy Scout Council and as the chairman of the ND Water Coalition. He has served as treasurer of the Adjutants General Association of the United States, finance vice president of the Northern Lights Council of the Boy Scouts of America, and he was a board member and founding member of the Gateway to Science.

Please wait while your form is being submitted